The team of Russia defeated Greece in a thrilling final of the 12th FINA World Women’s Junior Water Polo Championships, organised in Volos (GRE) from September 3-9, 2017. Despite being the only team unbeaten during the tournament, the Hellenic squad lost the decisive match by 16-17, not resisting to a long and dramatic session of penalties shootout, after a 9-9 draw at the end of the regular time. The Russian hero of the day was Bella Khamzaeva, who managed to keep her nerves solid and scored the last penalty for her team.

Bronze medallists in 2015, the Russian players had a very successful tournament in Volos, just losing (5-7) their first encounter against Netherlands, in the preliminary stage. Then, they brilliantly defeated Italy in the quarter-finals (5-4) and Spain in the semis (9-6). For Greece, it was a perfect competition before the final, with three wins in the preliminaries, and then a 4-3 triumph over the USA in the quarter-finals, and a 7-6 victory over the Netherlands in the semis. Counting on the support of 3,000 fans in a packed pool in Volos, the Hellenic side was very close to the gold medal, after a ball hit the bar of the Russian net in the last seconds of the regular time.

The bronze medal of the tournament went to the Dutch team, after beating Spain by 9-6. The Iberians had been second of the competition in the 2015 edition of the Championships (for players aged 20 and under). The United States, winners two years ago, had to content this time with the fifth place, winning Hungary by 4-2. The fourth match of the last day opposed Italy and Canada for places 7-8 – the Europeans were better, triumphing by 7-4. 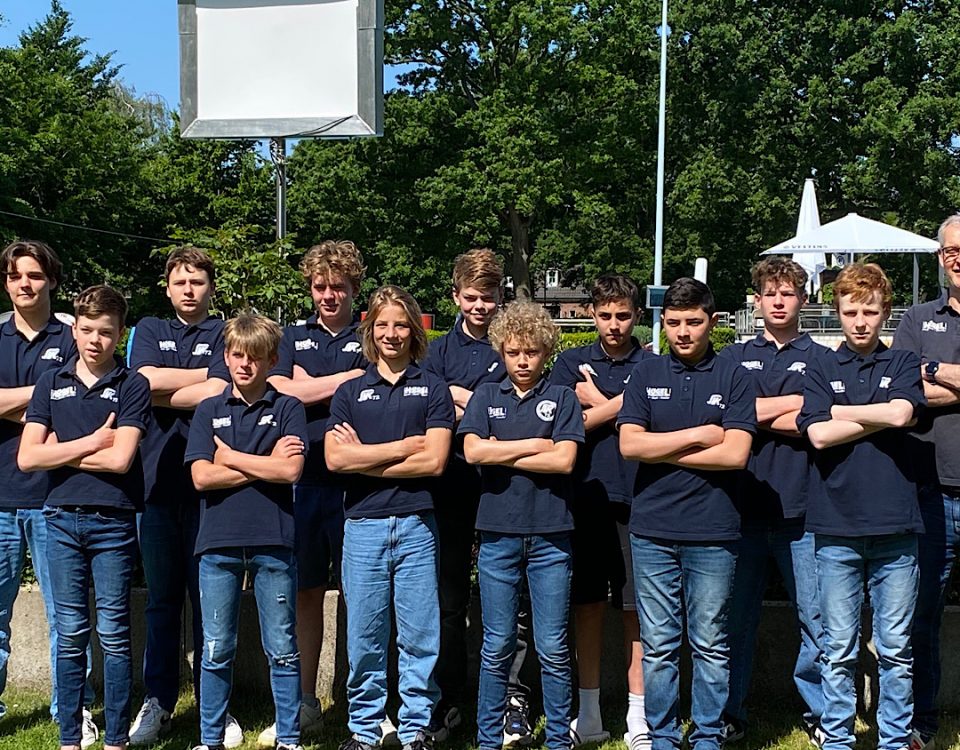