Champions League, Main Round, Day 13, Group A – Summary
Brescia finishes atop, Ferencvaros, Hannover book last berths, Olympiacos is out
Ferencvaros and Hannover booked the last two available berths in the Day of Thrillers when each game offered nailbiting finishes – three were decided by a single goal, the other two ended in a draw. Olympiacos, built for another title-run, will miss the finals for the first time since 2015, a last-grasp goal by Novi Beograd even denied their win today. Ferencvaros beat Radnicki after giant struggles and that not only secured their F8 spot but lift them to the second place as Brescia earned a draw in Barceloneta which also secured the Italians’ top spot in the group. In the clash of the Germans, Hannover delivered the necessary victory over Spandau in Group B, so they will return to Belgrade after last year’s appearance in the finals.
Group A: Olympiacos Piraeus (GRE) v Novi Beograd (SRB) 12-12, FTC-Telekom Budapest (HUN) v Radnicki Kragujevac (SRB) 13-12, Zodiac Atletic Barceloneta (ESP) v AN Brescia (ITA) 12-12, Dinamo Tbilisi (GEO) v Jadran Split (CRO) 12-11
Standings: 1. Brescia 30, 2. Ferencvaros 25, 3. Novi Beograd 24, 3. Barceloneta 24, 5. Olympiacos 20, 6. Radnicki 13, 7. Jadran 9, 8. Dinamo 3
Group B: Waspo 98 Hannover (GER) v Spandau 04 Berlin (GER) 10-9
Standings: 1. Recco 36, 2. Marseille 33, 3. Jug 30, 4. Hannover 20, 5. OSC 16, 6. Spandau 10, 7. Steaua 4, 8. Zvezda 4
After a cost-saving season, Olympiacos boosted its line-up once more with quality foreigners (with the core of Greece’s Olympic silver medallist team already in the house), and their target was definite: to win the cup again. They reached the finals three times between 2016 and 2019, lifted the trophy in 2018 – but this season something went wrong as they will not go to Belgrade.
They should have needed a miracle after losing to Ferencvaros on Day 12 – but they couldn’t deliver their part in the afternoon as they were unable to beat Novi Beograd. The Serbs were leading most of the time, though the Greeks came back in the fourth, even took the lead, but a buzzer-beater one-timer by Strahinja Rasovic saved the game to a tie after a time-out called 0:01 to go.
This made Ferencvaros’ job easier, they needed a single point against already eliminated Radnicki to advance. However, they found themselves in the midst of a giant struggle as their rivals got a two-goal lead early in the second period and could even hold it early in the fourth. But the Magyars fought back and with a 3-0 run they turned the game, then scored the winner after 12-12.
This not only sent them to the finals but also rocketed them to the second place, thanks to Brescia’s fine efforts in Barceloneta. The Italians offered another convincing performance, two missed penalties in the third rocked the Spaniards’ boat and even though they fought hard and managed to level the score with a double in the last 70 seconds, but they never had a real chance to win this game. A victory would have put them back to the runner-up position – at the same time, Brescia cemented its top ranks and they can even lose in Budapest on the last day.

Dinamo saved some pride, beating Jadran in an exciting, tight match meant that they would not finish the season with zero points.
In Group B, Hannover needed a win against fellow German side Spandau to secure a third F8 berth in as many seasons. Spandau didn’t offer any free meal for its local arch-rival but with a 4-0 run by the hosts from 4-6 to 8-6 – and a 12:50-minute long silence of the Berliners – put the encounter on the desired path and Waspo prevailed at the end.
Recaps
Olympiacos v Novi Beograd 12-12
The two sides produced a brilliant battle – too bad that Olympiacos was set to bow out even before the match, as it was hard to see that Ferencvaros would go down twice in its remaining two home encounters – that was the Greeks’ only chance, besides beating Novi Beograd first, then Dinamo in Tbilisi.
In fact, they failed to complete the first part of the mission. The Greeks’ game was all but consistent in the season – and that was mirrored in this match too.
They needed almost six minutes to score their first goal, then they managed to add another one in 50 seconds, only to concede two more in 35sec, the second one 3sec from time. Their struggles became even more visible in the second period when they had no less than six man-ups plus at least two more clean scoring chances but could only net two goals while the Serbs made most of their chances and led 4-6 at halftime.
Then all of a sudden – or in three minutes, until the middle break lasted – the home side went through a transformation and came back flying. In 1:42 minutes they scored three unanswered goals for 7-6, then killed a man-down and had a 6 on 5 to double the gap but it was wasted and soon Strahinja Rasovic equalised from action. Filip Filipovic replied with a fine blast against his fellow Serbs but after a save Vasilje Martinovic could send the ball home from the wing in a dying extra for 8-8. The Serbs missed their next one while Georgios Dervisis converted the Greeks’ 6 on 5 – still, there was time for another equaliser, by Radomir Drasovic, again from a man-up, so the last quarter started from 9-9.
It looked inevitable that the outcome would come down to the man-up conversions in the last period as the defences worked hard and didn’t let any easy goals. The Serbs buried their first two, the Greeks kept their nerves and replied immediately both times. The first miss came from the visitors at 11-11 and Konstantinos Genidounias hit the back of the net from the Greeks’ extra, after a time-out, with 48 seconds to go, so the Greeks led 12-11, for the first time since 2-1. With 31 seconds to go, they had a steal, burnt their 30sec, so the Serbian time-out came with 0:01 on the clock. However, that was enough for them to level the score – after a double exclusion to calm the rising tensions in the dead time –, Strahinja Rasovic’s brilliantly executed one-timer beat the goalie and the buzzer and the Serbs’ jubilant celebrations showed that they were really determined to get a positive result here, despite their secured berth as the F8 hosts.
Barceloneta v Brescia 12-12
Interestingly, Barceloneta played a 12-12 draw with the other three F8 qualifiers at home – against Ferencvaros, Novi Beograd and now with Brescia. In the other two clashed their rivals scored late goals to save the game to a tie – now Barceloneta had to dig deep to claim at least a point in this match. 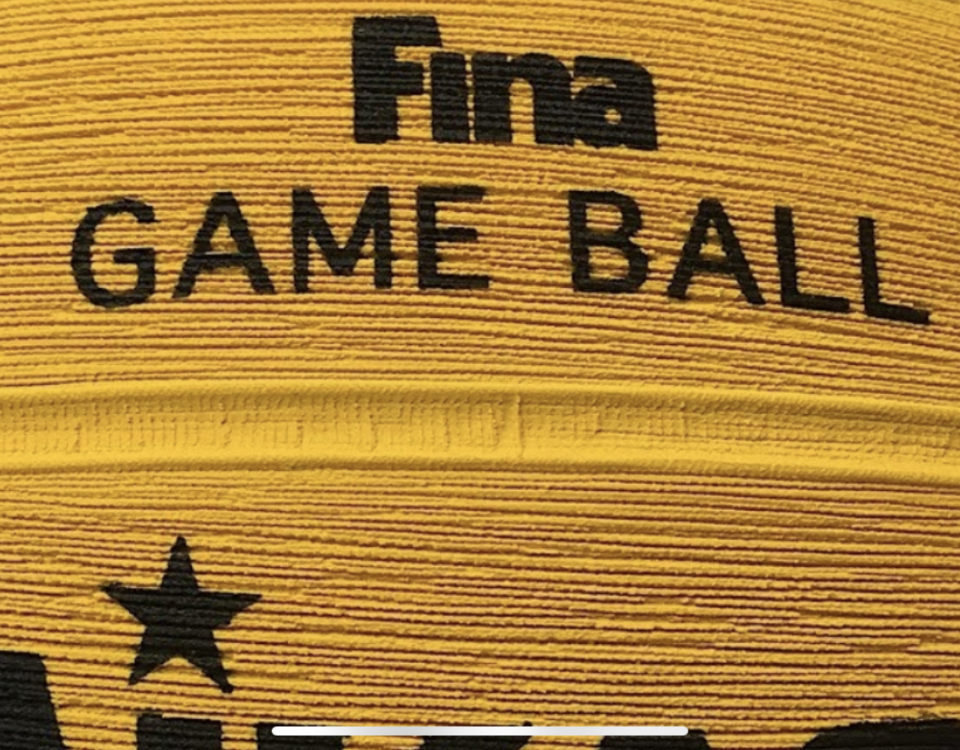