Crucial matches in Piraeus and Barcelona

Teams hunting the third qualifying spots in both groups will face crucial matches in the fifth round of the prelims.

18.00 Olympiacos Piraeus (GRE) v A Hid-OSC Budapest (HUN)
Olympiacos, maintaining an unbeaten run in home games in the League for more than two years, is the favourite again (in fact, since September 2015 they lost only a single match in all competitions, the final to Jug in the F6 last May). However, OSC is a team which can easily cause an upset if their quality players enjoy a better day. For both sides it’s a highly important match, Olympiacos is running for the first place while for the Hungarians all points are crucial in their duel with Brescia where the third qualifying spot is at stake.

Theodoros Vlachos, head coach, Olympiacos:
“The game against OSC Budapest is very important for us. This is the last game of the first half and after 10 days we will play again against the Budapest side, the result of these two games will determine the future of us and OSC in the group. I hope that in our home, with our supporters, we could take the win in order to get closer to our target to remain in the first place of the group!”

Giannis Fountoulis, player, Olympiacos:
“This is a critical game, we play against a team whose target is to qualify to the Final Six. But the game is in our home and we have to play according to our possibilities and win the game, in order to remain unbeaten. We need our supporters and I hope the swimming pool will be sold out.”

18.00 Szolnoki Dozsa-Kozgep (HUN) v Spandau 04 Berlin (GER)
Though Szolnok is in safe as the host of the Final Six this May, their primary target is to clinch the top spot in the group – and an automatic berth in the semi-finals –, thus a win against Spandau is a must for them. Two years ago it was an easy ride for them, they beat the Germans 11-7 at home and 17-7 in Berlin, and something similar is expected this time, too.

Sandor Cseh, head coach, Szolnok:
“The team of Spandau became much stronger in this season. This also means that opponents take them seriously. They played very tight games with OSC, Olympiacos and Brescia. We must take the Wednesday match very seriously and win the encounter and also the return match in ten days time.”

Tamas Mezei, player, Szolnok:
“We must win this encounter Wednesday evening. The Germans are much stronger than last season. They have German national team members, Spanish, Dutch and South-Slavish players in their team. They will give us a hard time for sure but we have to beat them. We need the success if we want to stay in the fight for the first place in our group.”

Peter Kovacevic, head coach, Spandau:
„I would like to see that we are able to perform well over four quarters. So far we have had problems this season to keep the concentration over the full distance. Of course we would like to win in Szolnok but a straight performance is even more important for us. We would like to show the potential of the team.“

19.30 Olympic Nice (FRA) v AN Brescia (ITA)
If Brescia wishes to stay in the hunt for the third qualifying spot, they have to deliver in this match. It’s not going to be easy since, according to the good old saying, ‘every dog has its day’, and the French team is eager to come up with a better performance after four straight defeats. Against Brescia, their chances are definitely better than against Olympiacos or Szolnok – still, the Italians are the favourites to win this clash.

Samuel Nardon, head coach, Nice:
“After two tough trips to Athens and Szolnok we play Brescia at home and this is an opportunity for us to show that our team grew up after it’s first four matches in the Champions League.”

Manuel Laversanne, captain, Nice:
“In our first year in the LEN Champions League it’s difficult to get good results but we will give the best of ourselves especially at home in front of our fans.
We hope to have a good match against one of the best Italian teams.”

Alessandro Bovo, head coach, Brescia:
“We go to Nice to win, without agenda, without looking at the standings. We understand very well that winning will not be easy: after all we are in the Champions League and winning an away game is always complicated. However, we want to be in the hunt to qualify for the finals and we will do everything possible to get the three points.”

18.30 Partizan Raiffeisen Belgrade (SRB) v Pro Recco (ITA)
Perhaps in the last couple of days the home players learnt some lessons against the giants, featuring a range of brilliant Serbian players, having grown up in the Partizan school. In a rare joint training camp before the match the two sides practiced together as Recco is headed by Vlado Vujasinovic, who coached Partizan in the past years. Since the difference in the playing level between the two teams is obvious, there is nothing strange in the lead-up of the match, it’s going to be Recco’s turn for sure.

Zoran Milenkovic, head coach, Partizan:
“We are honoured to host the great team of Pro Recco, with excellent players and staff. We are especially glad that with Recco’s coming we can welcome back four persons who achieved a lot of success with Partizan and left indelible marks in the club’s history: Vladimir Vujasinovic, the head coach Recco and players Filip Filipovic, Dusko Pijetlovic and Dusan Mandic. We don’t need to talk on who is the favourite in this match. Pro Recco is much stronger in this moment. The match against the club, which is composed to win the Champions League will be a big lesson for Partizan’s young players. If we show a good game, we will get a big motive for the upcoming period. With the support of our fans it would be much easier for us, so I invite our fans to support Partizan’s young team and to greet the great players of Pro Recco.”

Vladimir Vujasinovic, coach, Pro Recco:
“We are in Belgrade since Sunday for a common training with Partizan: that was my wish for this year. Partizan is a club that has done so much good in the history of water polo and I’m sorry they’re living a difficult moment. Hope they can overcome it quickly.”

19.00 Jug Croatia Osiguranje Dubrovnik (CRO) v Waspo 98 Hannover (GER)
Another fine opportunity for the title-holders to collect three points though they have to take extra care of the Montenegrin players of Hannover. The visiting side is fresh from winning the German Cup so they are heading to this match with an uplifted mentality, another thing which has to make the Croats cautious.

Vjekoslav Kobescak, head coach, Jug:
“We will play a match against a tough opponent. In this moment, Waspo is the best team in Germany and we need to respect that. We need to be at the highest level possible. Three points are crucial this moment so we will give everything to win this match.”

Marko Macan, player, Jug:
“They have 11 international players full of experience and it’s not going to be an easy game. But we are well prepared and motivated so we need to show from the beginning ‘who is the boss’.”

Karsten Seehafer, head coach, Hannover:
“We are looking forward to play against Jug Dubrovnik, one of the best teams in Europe. It will be an exciting and very challenging match. After winning the German Cup a week before my team is at the top of its game and highly motivated. If we play concentrated and disciplined in the way we played the last matches it’s possible to stage a real challenge.”

Darko Brguljan, player, Hannover:
“For sure it will be a very challenging match against the winner of the Champions Leaque so we need to give our best. And we will really challenge them. For our team this is a very tough time that we had three difficult and tough matches during the last eight days. But we are happy that we won the German Cup, we had retained our lead in the German Championship last weekend and confirmed the first place in the standings before the play-offs. This following game Jug Dubrovnik needs to win, we have to play and to give the best and we will see the result.”

Pedrag Jokic, player, Hannover:
“Jug Dubrovnik is one of the best teams in Europe. They are definitely the favourites of the match on Wednesday. We will have great fight!”

19.15 CN Atletic Barceloneta (ESP) v ZF-Eger (HUN)
The big game of the day is the last one in the programme. Behind Recco and Jug these two sides have equal chances to clinch the third qualifying spot – in ten days everything can be decided as they clash on Day 5 and 6. They know each other pretty well as they ‘spent’ most of their time in the same group in the past seasons. In the last two years both matches played in Barcelona ended in a draw

Chus Martín, head coach, Barceloneta:
“It’s the most important game of the season. Eger is a very strong team, both teams know each other very well because in the last four years we have played in the same group. They have lost very good players like Szivos, Biros, Zalanki but the newcomers are also vey good. I think it will be a very levelled game, we are playing home so we have certain advantage. I hope our fans will lead us to victory. We want to reach the Final Six again so this two games against Eger will be very important for us.”

Norbert Dabrowski, head coach ZF-Eger:
“In the past years we were in the same group. When we played in Barcelona, the results were a draw in the last two years. The games against Barceloneta are very important, because they will answer who will qualify to the Final Six. We want to win.”

Balint Lorincz, player ZF-Eger:
“Ever since we started working in 2017, we have waited for this game. We trained hard to be in good shape for 8 February. This is the most important match for us. I hope we can return home victoriously.”

Balazs Erdelyi, player, ZF-Eger:
“We want to participate in the Champions League Final Six! We know that we need to win both times against Barceloneta, but this is not an easy project. We are resolute, I hope our injured players will ready and we will reach our goal on Wednesday.” 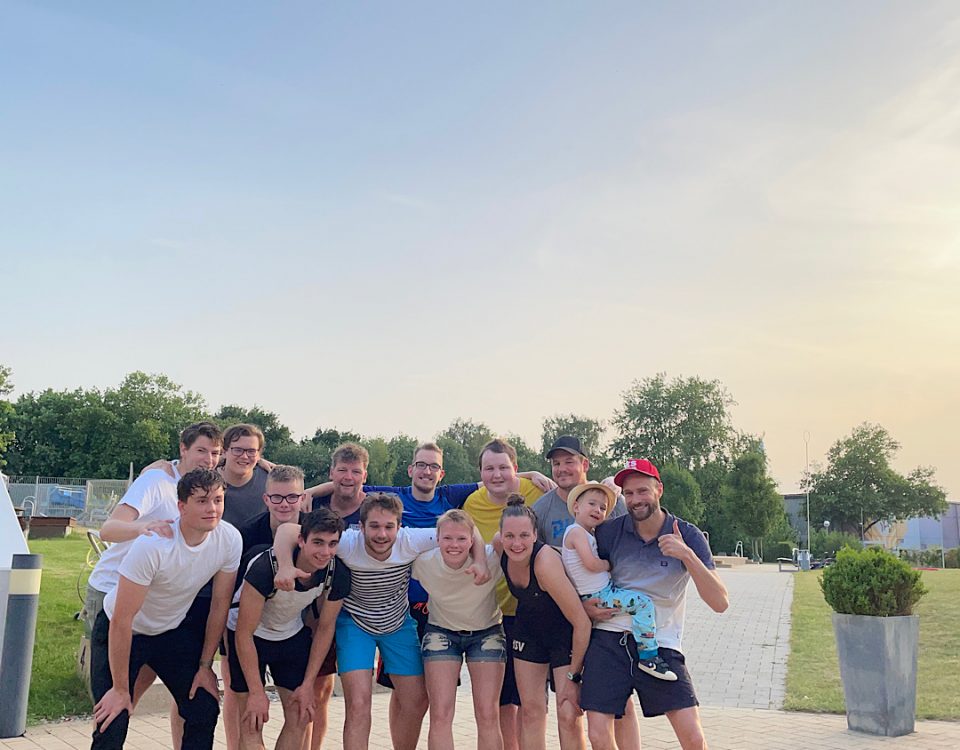