A series of crucial battles are scheduled for this round in both groups so this Wednesday promises another series of fantastic matches in the Champions League.

In the last season Eger produced an embarrassing poor run in the prelims, losing 9 games out of 10. Their only win came against Olympiacos – in the same round, on Day 4. It was a nailbiter, the Greeks had a great chance to level the score with seconds to go but a fine save saved the day for the Hungarians who won 12-11. A year ago both sides started the prelims with three losses – now the landscape is different. Both teams clinched a draw on the opening day (Eger in Barcelona, Olympiacos in Brescia), both earned a valuable win (Olympiacos beat Radnicki, Eger won in Brescia) and both were soundly beaten by Recco. Needless to say that this encounter is a crucial one, with both teams standing with 4 points and the hunt for the two qualifying berths (Barceloneta is through as the host) cannot be any fiercer.

Back home the teams earned good results. Olympiacos is still unbeaten after nine rounds in the domestic league with a scoring average of 16.8 goals per game (and conceding 2.8 only), last time they crashed 6th placed NK Kalamaki 14-2. Again, Alexandros Gounas and Giannis Fountoulis were in devastating form and Eger had also a fine day and posted the biggest win of the season while downing Kaposvar 19-2.

“After our win in Brescia, the expectations are growing in Eger” head coach Norbert Dabrowski says. “I think, currently Recco represents a higher level than the rest of the group. Amongst our main opponents – Radnicki, Barceloneta, Brescia, Olympiacos – Olympiacos shows the most solid gamestyle. We keep this in mind and that is how we’re preparing against them, because at the end the points earned away only worth something if we could win our home games as well.”

“We know that their strength is the man-up situations so we prepared for this” captain Peter Biros added. “We have to win, because the only way to qualify to the Final Six is to win our home games. I feel that the team has what it takes to get these three points.”

“Last week we could get a taste of the greek gamestyle” centre-forward Krisztián Bedő says who was part of Hungary’s World League qualifier winning national team in Athens. “Even if Eger is not the national team, at home we have to succeed. And we will do that.”

The game against Eger is crucial for our side” Olympiacos’ head coach Theodoros Vlachos says. “We are placed second in the group and at this stage, if we achieve a good result, it will give us much more confidence for the forthcoming games.”

This view is shared by Giannis Fountoulis: “The away game against Eger is very important and it can be called as ‘a final’. Today it seems that Olympiacos and Eger will fight for the last Final Six ticket of the group. Of course as the competition is long, a defeat or a draw in the following game doesn’t mean we are out of the contest.”

After two draws Brescia seemed to be in a fine position but the Italians were stunned by Eger on Day 3. The Hungarians were winless in their away games for almost two years but emerged as the winner in the last round. So Brescia is still waiting for its first win and against Radnicki they have a good chance – and they might even take revenge for the last season when the Serbs doubled them down by winning 9-8 in Brescia and 12-8 at home.

Though Radnicki is not the same team and seemed to be the underdog in this group – until Day 3 when they upended title-holder Barceloneta and gave a clear sign that they wanted to be in the hunt again. And the Serbs are on the rise as they managed to force an 8-8 tie against Primorje Rijeka (CRO) in the Triglav regional league which is an outstanding result.

“There’s no doubt, the game with Kragujevac is crucial for us: if we want to keep on playing for the qualification, we have to defeat the Serbian team” says Brescia’s head coach, Sandro Bovo. “They have a lot of experience and skill so we’re have to do our best. In the first two rounds we played well but we drew; in the last match with Eger our concentration level dropped, especially in offence. Now we have to give 110 percent to earn three points and I hope to see a great attendance.”

“Wednesday’s match is very important, our goal is the win” Brescia’s Marco Del Lungo notes. “We want to give a clear signal: we compete for the Final Six, too. It will be a hard task, though: even if Radnicki has lost excellent players like Filip Filipovic, Boris Zlokovic and Damir Buric, they remain a very good team.”

“This match is crucial for the both teams” Radnicki’s head coach Uros Stevanovic says. “The winning team will have a greater chance for the Final Six. Brescia lost at home against Eger and they will certainly try to compensate it against us. I still hope that we will clinch a win.”

Based on the rules and the results we might say that these two sides will play in the Final Six in May. As the host Barceloneta is qualified automatically while Recco seems too strong in this field. Their first three games saw huge wins, Radnicki, Eger and Olympiacos couldn’t escape the heavy beatings, neither of them could hold a gap under 7 goals. Though the Spaniards are the title-holders they seem to be off the usual rail, they are winless after three rounds and if they wish to earn the Final Six spot on their own they should start winning soon – but it would take a little miracle to do this in Recco on Wednesday.

„The match against Barceloneta will be very hard because we play with the team that had won the Champions League in the last year and they play a good water polo” Recco’s head coach Igor Milanovic says. “Barceloneta plays without pressure, because they already have the qualification in their pocket.”

„The game against Barceloneta is going to be a good test for Pro Recco” Pietro Figlioli added. “They are the reigning champions and also a very organised team. It is a chance to prove once again that we are a strong and unified team.”

Another mouthwatering clash between a Serbian and a Croatian side. The last one on Day 2 brought the usual fight, it was a huge battle with Jug winning 5-3 in Belgrade. A week ago in the postponed encounter, Partizan surprisingly struggled against Galatasaray but managed to earn its first win with a magnificent closing period.

Primorje warmed up with a game also played in Serbia: they lost their first points in the Triglav League after drawing with Radnicki Kragujevac. This game can either divide the group or make the race as tough as in Group A: if Rijeka wins it would widen the gap between the first three seeded sides while Partizan’s win would fill this gap.

We have to be ready to take advantage of every opportunity and try to win against Primorje” Partizan’s head coach Vladimir Vujasinovic says. “Regardless of the line-up and the difference in quality compared to the opponents, our obligation is to go for a win in each game.”

“On paper, Primorje is better and physically stronger team than us, but in the pool it is a totally different story” player Djordje Tanaskovic says. “It will not be easy for them, even though they are one of the favorites to win the Champions League and the Triglav Water polo League. We will start with all the strength and give our maximum to battle them.”

The clash of the titans: both teams stand with three triumphs apiece so either wins this duel will take a huge step towards the Final Six. Jug had two really tough games on the first two days (in Berlin and in Belgrade), narrowly escaping with a win on both occasions. In the meantime Szolnok had a really tough opening day but upended Rijeka at last, then won with ease against Spandau and Partizan.

Jug will still lack the services of their captain Niksa Dobud (banned for the three matches) which will not make their job easier – and it will be interesting to see how the three Serbian aces of Szolnok will take on their Croatian fellows.

“When one looks at the names playing for Szolnok, he would even say it is perhaps better not to jump in the pool. But this is not true” Jug’s player Miho Boskovic says. “We also have our strong points and advantages. The key to win is a collective game in defense and they will also give some opportunities to us. They are quick, fantastic in offence, if we want to win we will have to keep them on 8-9 goals. I think they are better individually, while we are stronger as a team unit. Although they haven’t lost a game in Hungarian championship, but they didn’t have such a difficult match as this one in Dubrovnik. Therefore, I believe, truly believe, that we have a chance to win.”

They have perhaps the best pair of goalkeepers in the world” Jug’s captain and goalie Marko Bijac added. “I remember how we were destroyed by Viktor Nagy and Adam Decker several times in the national team. Our advantage is the home field and the audience.”

“It will be a crucial game for the teams since both of us hold a clean sheet so far” Szolnok’s head coach Sándor Cseh says. “It seems to be a very hard encounter. The game of Dubrovnik is improving match by match. It is a well-structured and very strong team. They have many Olympic champions and great foreign players in their team. Currently we are leading the Hungarian league without any loss. It’s very impontant to keep our positive balance in the Champions League as well. I hope for the best.”

“Dubrovnik plays tough water polo, their physical condition is great” player Dávid Jansik says. “They are extremely strong on home field. Our priority is to qualify for the Final Six but it would be even better if we could be the first in our group. Anyway, we are playing for victory and we will do our best.”

Both sides are seeking their first points in the prelims. Last season they were also in the same group, on Day 2 they drew 9-9 while on Day 9 Spandau won 10-6 though the latter game didn’t matter too much as neither of them had a chance to go through. Standing with three defeats apiece, their situation didn’t seem to improve this season. In fact Galata blew a good chance to upset Partizan a week ago losing the last eight minutes 0-4 while Spandau could have caught Jug on the opening day but failed in the last quarter (losing 0-3 in that period). In the other two matches neither the Turks, nor the Germans could stay close to their respective rivals – now they clash each other and only a win can save a slight hope for one of the sides, the loser will surely be out of the contest for the rest of the prelims. 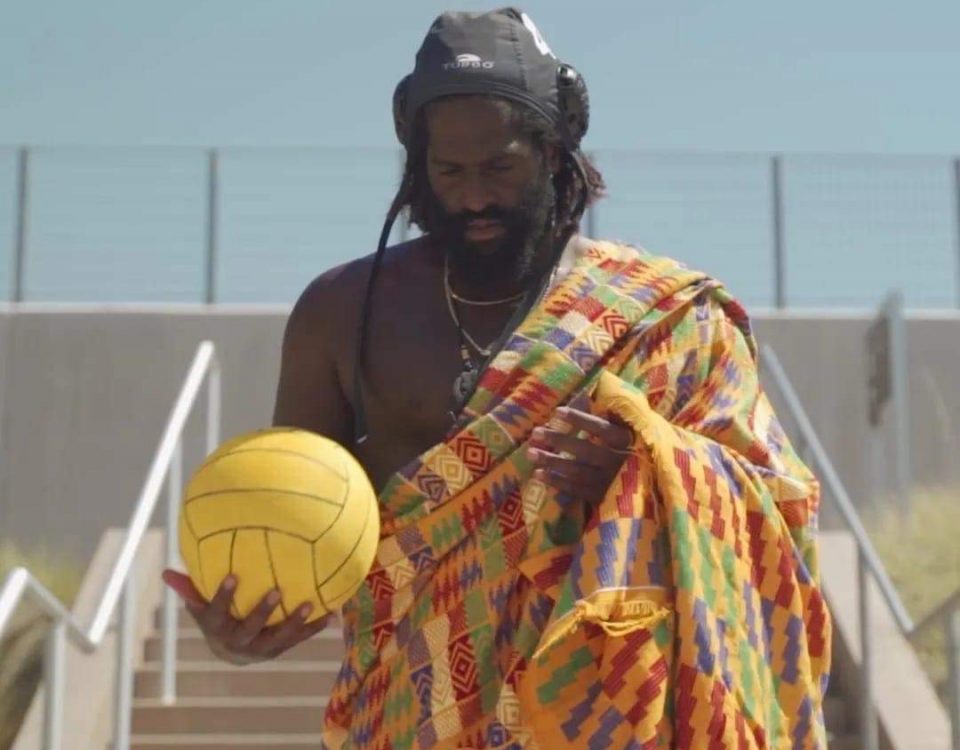